Bicoin would like to have the option that TROPTIONS affords with peer to peer.

Bitcoin’s Rally Masks Uncomfortable Fact: Almost Nobody Uses It By Olga Kharif May 30, 2019, 8:00 PM EDT Updated on May 31, 2019, 7:39 AM EDT Merchant transactions account for 1.3% of economic activity Speculation remains the primary use, Chainalysis data show Bitcoin has a lingering problem that few people are talking about amid the renewed exuberance […]

Missouri and TROPTIONS Comments From A TROPTIONS Holder

Missouri and TROPTIONS Comments From A TROPTIONS Holder It’s time to address the elephant in the room in regards to the goings on with the State of Missouri Securities Division coming up against Garland E. Harris and Troptions Corportation. First of all let me say for the record that I am well aware that Missouri […]

XTROPTIONS.GOLD has legs! TROPTIONS the, not so new, amazing cryptoasset has its own legs to stand on and move about in the crypto sphere. People from all over are doing deals and reaping the benefits of this cryptoasset once known as a Trade Dollar called a TROPTION. (From A Founders Treatise) “When TROPTIONS was a […]

TROPTIONS – The Middleman is Dead

TROPTIONS -The Middleman is Dead. Garland E. Harris stated, “In 1960 the first trade exchange was developed to facilitate transactions using a barter currency or “trade dollar”. This replaced the need for one to one transactions and solved the problems of direct barter for a limited number of member clients within the system, but added […]

Now I just so happened to be around during the time when Garland E. Harris came up with the idea of TROPTIONS. To my amazement (but not surprise) I have seen TROPTIONS blossom into the colossal cryptoasset it is today! I never once had a doubt that TROPTIONS would be big (to put it mildly). […]

Thoughts on “A Brief Explanation of Crypto-Liquidity”

The following partial article was written by Garland E. Harris – The founder of TROPTIONS – and it sparked some thinking on my part.. A brief explanation of Crypto-Liquidity By Garland E. Harris “How do I get cash?” That’s what most people think of when they think liquidity, especially when they’re dealing with so called […]

Why Bitcoin Is the New Gold-Understanding Its Benefits

This article from Bloomberg will help your understanding of Cryptocurrencies pros and cons.  Some things he misses but for the most part, he is on the money (We thought you would be more knowledgeable reading this!) Invest in it, perhaps. But don’t try to shop with it.  By Noah Smith  January 31, 2018, 4:00 AM CST I […] 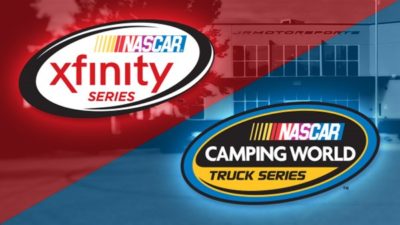 January 29, 2018, Denver, NC – Mike Harmon Racing announces Daytona Sponsor with Troptions Corporation, a trading company that has built a vibrant community providing exposure to a myriad of trading options. Troptions Corporation is exchanging its cryptocurrency, TROPTIONS, to MHR. Troptions will serve as Primary sponsor for the #74 Xfinity car driven by Mike […]

Troptions to Sponsor Premium Motorsports’ Truck and Cup Teams in 2018