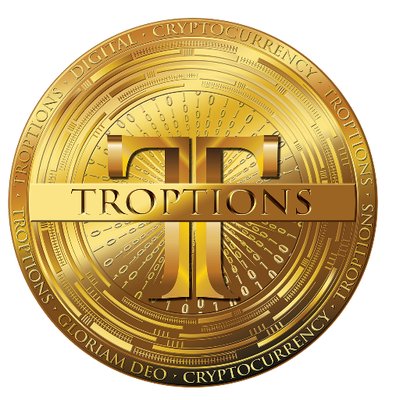 Last month, the Missouri Securities Division (the “Division”) issued a press release stating that Garland E. Harris (“Harris”) and Troptions Corporation (“Troptions”) received an Order to Show Cause with respect to their cryptocurrency: TROPTIONS. According to the press release, the Division alleges that Harris and Troptions were selling unregistered securities and that their “several websites and social media sites . . .” “appear to make exaggerated and misleading claims . . .”

The Division made these tendentious remarks before obtaining any facts or information from Harris or Troptions, themselves, with respect to the alleged violations. “Only after the press release was issued did the Division seek substantive response from us”, said Harris. Harris went on to say that “the Division could have easily known the falsity of their charges if they had simply asked us first . . .” and “We intend to vigorously defend against the Division’s accusations”.

Harris explained that what the Division would have learned is that the facts referenced by the Division were: untrue; taken out of context; and made by a vindictive, disgruntled, former contractor of Troptions. “That former contractor is presently under criminal investigation for the theft of tens of millions of dollars’ worth of tangible property of Troptions and for the destruction of electronic and other corporate records,” said Harris.

Harris expressed his agreement that purchasers of cryptocurrencies should carefully consider their options. “There are a good deal of digital currencies out there which will likely never amount to very much; it’s just that TROPTIONS is not one of them”.

TROPTIONS are not an investment, Troptions Corp. does not offer or purport to seek to generate revenue or profit for TROPTIONS purchasers and, as such, TROPTIONS are not securities, which would require registration. This assessment is consistent with the recent SEC No-Action letter concerning Turnkey Jet Inc., where the SEC ostensibly determined that the offer and sale of blockchain-based digital assets in the form of a “tokens” were not securities. TROPTIONS are assets which can be exchanged through blockchain to foster a broad array of commerce. According to Harris, “TROPTIONS have been used in thousands of transactions for billions of dollars.”

Not to be used for blogging because of choice.

TREC Media executes $1,000,000 Agreement to Advertise SW Innovative Holdings, Inc. (OTC PINK:SWHI) on iHeartRadio and to over 300,000 Meetup Members in Exchange for TROPTIONS